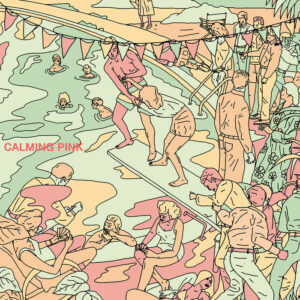 Eaten By Snakes are a Punk / Pop / Synth two-piece from Bielefeld, Germany. They formed in 2017 after their former band Modern
Saints was put on the shelf for yet indefinite time. Deriving from a classic Garage / Pop-Punk type lineup, Daniel on drums and David on
vocals / guitar added analogue synthesizers to their sound and took the melodic turn. Musical influences range from The Thermals to
The Damned, from Portugal. The Man to Black Lips, and whatever lies within or outside these boundaries.

David also sings on the Dave & Mighty 7″ we have released on Kapitän Platte several years ago.