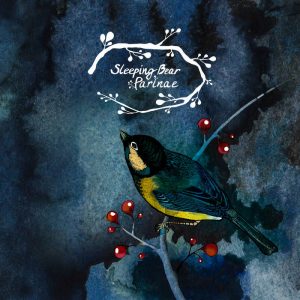 Sleeping Bear is an instrumental rock band from Kyiv, Ukraine. The band formed in winter of 2011 and this beauty is the first release on vinyl. So far “parinae” was just self-released as a cd-r. SLEEPING BEAR is playing some kind of classic post-rock. Parinae is comprised of three songs, all between six and eight minutes in length. The sound of the release is pure sweetness and beauty in spring. maybe influenced side of Explosions In The Sky post-rock.
This release is a one-sided 12inch with a great etching on the b-side. Total pressing of 300 records.