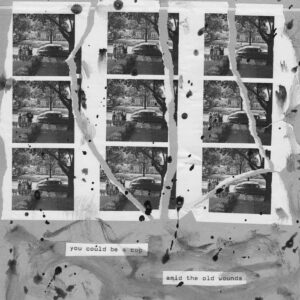 You could be a cop
Amid the old wounds
split LP

on Time as a color

norway’s you could be a cop and amid the old wounds from germany team up to deliver 4 emo songs each on this
beautiful split LP. ycbac provide almost 20 minutes of dreamy, heart on your sleeve, nostalgic indie-emopop with
postrock-bits not unlike rainer maria or jejune. atow offers up 4 songs at roughly 12 minutes, 3 of which have been
written almost 18 years ago but mostly left unnoticed (although one of them has originally been performed by wishes
on a plane), the fourth being a cover version of no use for a name’s ‘let it slide’. musically you can again expect living
room athmosphere recordings of an acoustic guitar and a voice, heavily influenced by early 2000’s emo heroes like the
get up kids, the new amsterdams or bright eyes.