Year of no light
Nord 2xCD 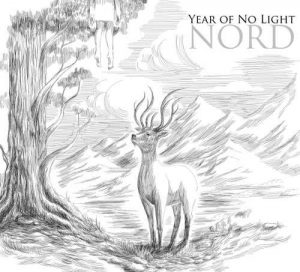 Year of no light
Nord 2xCD

To celebrate the band’s tenth birthday, here’s the reissue of the first YEAR OF NO LIGHT record « Nord », initially released in 2006 on Radar Swarm/Crucial Blast with a bonus CD compiling rare tracks from split records (with ROSETTA and KARYSUN among others), some covers (JOY DIVISION and THE CURE) and old remastered songs from their demo. This reissue really worths to collect all the band’s tracks from their first era (before their new instrumental era begun with their second record « Ausserwelt ») with agressive songs and screaming vocals. Six years after its first release, this record is still actual with its post-metal style mixed with a lot of other tunes (sludge, drone, black-metal, etc).