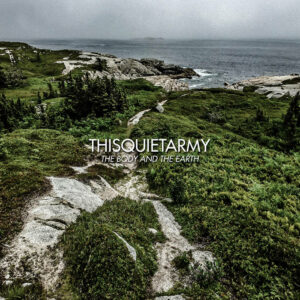 Thisquietarmy
The body and the earth

hisquietarmy is an experimental guitar-based project from Montreal, Canada. Revolving around improvised drone music, he takes his sonic experimentations further by adding textural and structural elements of post-punk/shoegaze, krautrock/spacerock & black/doom metal to them. The results can be described as dark, melodic, expansive & engaging dreamscapes.

After 13 years of roaming the world as a solo-artist and prolific discography of around 50 releases, THISQUIETARMY has conjured up a band. Fully exploring the new possibilities this configuration entails, he has drafted synths, bass, trumpet and drums to his band. This has vastly expanded the sound palette into surprising territories. thisquietarmy’s eerie soundscapes are still at the core of it all, but the music drifts and fans out in huge way. Mesmerizing as ever, but with an unseen force to engulf the audience in an ebb and flow of aural waves.