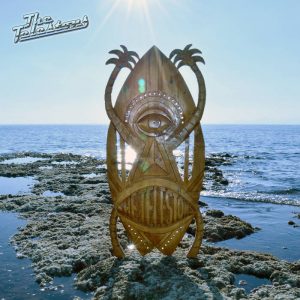 The Telestons are a surf n’ more band from Piraeus, Greece. The band consists of two guitars, two saxophones (tenor and baritone), bass and drums. The name is inspired by the greek mythology creature Telesto, an oceanid, daughter of Oceanus and Tethys.

The first vinyl of the Telestons is called Poseidon Knows and all the tracks in it are carefully hand picked and written exclusively in the summer. Inside the album is also a recipe card for the notorious Telestons cocktail “coco babino banana” to make and enjoy while listening to the album and also a Telestons summer poster and some Telestons money.