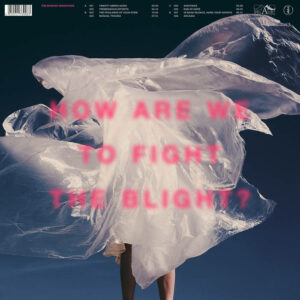 The Shaking Sensations
How are we to fight
the blight? 2LP

Copenhagen-based instrumental 5-piece THE SHAKING SENSATIONS are finally back with a follow up to their critically acclaimed 2013 album Start Stop Worrying. October 4th will see the release of How Are We To Fight The Blight?, an album that has been 6 years in the making.

THE SHAKING SENSATIONS have expanded the classic post-rock constellation by addition of a second drummer, allowing the band to develop a unique approach to the rhythm section and a fresh and unconventional take on instrumental rock music. During 4 extensive European tours, the band have shared the stage with acts such as Caspian, And So I Watched You From Afar and Russian Circles, and have worked with Matt Bayles (Mastodon, Russian Circles), who also laid down additional synths on Start Stop Worrying.