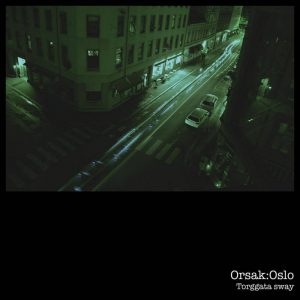 Orsak:Oslo is a dark slow brew containing of psych, dystopian post-rock and trippy space blues.
An unholy marriage between impulsive improv and thoughtful composition, later melodies and new harmonies are carefully woven in, layer by layer.

This is the first EP in a series of nine this swedish/norvegian band has released digitall during the last 5 year and the only physical release before the album on Kapitän Platte.