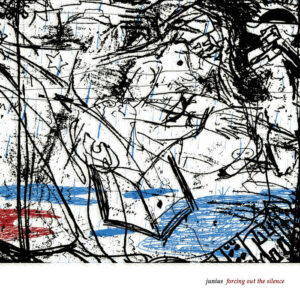 Junius
Forcing out the silence LP

Having formed in Boston in 2004 and subsequently spreading across the globe over the past decade, the band is currently headquartered in New York City and continues to tour worldwide year after year. Recent tourmates include Katatonia, Enslaved, Alcest, Caspian, A Storm of Light, and O’Brother in the last couple of years alone.

Described by Rolling Stone as “a perfect hybrid of Neurosis and The Smiths,” the members of Junius have crafted their own distinctive style of genre-bending rock that’s borne of experiments in isolation and asceticism. It’s this austere approach from one of America’s hardest working bands that adds a weighty sense of purpose and intrigue to their output.