View cart “Aloa Input Mars etc. LP” has been added to your cart. 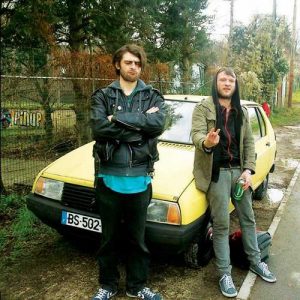 ‘Rise” is the second JESSICA93 (shoegaze/punk/coldwave one man band from the northern suburbs of Paris) full lenght record just released one year after his first LP (”Who Cares”, named album of the year 2013 by french New Noise Magazine). These seven tracks are more serious and darker than before with improvements on vocal parts. The final result can be compared to a mix of JK Broadrick projects (GODFLESH and JESU among others) and the darkest works of THE CURE (”Pornography” era). Releasing one record each year since 3 years, Geoffroy Laporte establishes himself as a studioholic musician with this brand new effort !

Be the first to review “Jessica93
Rise LP” Cancel reply