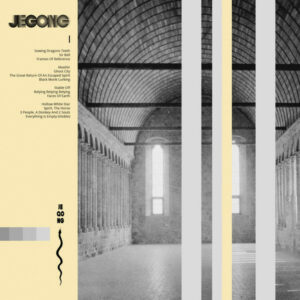 JEGONG is the amalgamation of two distinct forces within post-rock and heavy music, Dahm Majuri Cipolla, drummer of MONO (Japan) & Watter, and Reto Mäder of Sum Of R. Together the pair is readying their debut longplayer I for release on October 20th via Berlin-based Pelagic Records, helmed by members of beloved post-metallers The Ocean. Bursting with new ideas while tipping their hat to legends of yore, the duo’s energies focus on the crossroads between Krautrock, ambient and post-rock, bringing to mind acts ranging from Ash Ra Tempel, GAS, Cluster, Mogwai and more while blazing trails with their electronic-forward approach.