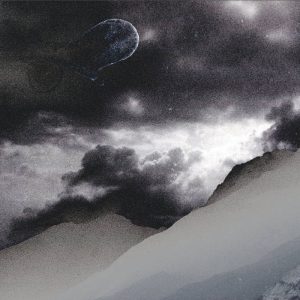 on Wolves and Vibrancy

[ B O L T ] 2 bass drone ensemble from the german Ruhr area which is completed by the former Kodiak/WALL drummer in the meantime unites with the abstract electronica project biblo from Instanbul.

While [ B O L T ] emerges out of oppressive silence and ends up in ecstatic noise and drone, creating waving sounds and crushing riffs.
Biblo redefines ambient sound by bringing it closer to noise with her collages made by blustering various sounds and haunting vocals.

This is far more than a split record by two different entities that are musically located somewhere in the ambient area – it’s a collaborative work.
Each of them is represented with one song and another where they are featuring the other part – despite being divided by 2500 kilometers.
The sounds of [ B O L T ] and biblo flow into another – resulting in a climax adding drums in the final collaboration song.

The [ B O L T ] songs are based on an idea they played live once. They tried to build layers that would leave spaces for biblos sounds.
The part [ B O L T ] wrote for the biblo + [ B O L T ] track should bring some (black) metal harmonies and atmosphere to biblos songs.

The artwork consists of pictures shot and arranged by Ole-Kristian Heyer:

Todays glacial lakes still exist as silent remnants in mountainious areas across the globe.
Their shapes give proof of the enormous power of slow crawling ice in former ages and the steeply sloaping cliffs go down deep to the ground of the lake.
The phtographic raw data of the photobook were captured in northern italy on black and white material and were shot from the center of lake Garda.
Further processing included a film development by hand and a rough drying procedure which led to chalk drops on film surface, which can be seen as maplike equivalents of the lake.
Finally the partly inverted tones after scanning resulted in an artwork which give a properly visual support to the recorded soundscapes.