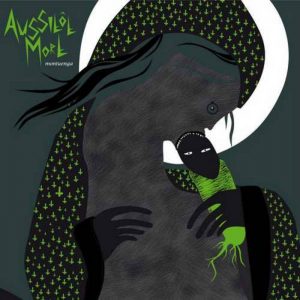 Here’s the european reissue of the first AUSSITOT MORT (from Caen) record (initially released on the japanese label Oto Records in 2008 and now sold out) with their first ep record (“6 Songs”, released in 2007) as bonus tracks. The colors of the original cover were totally redone to put all together these initial 14 songs of the band from Normandy with heavy post-metal tunes and long instrumental parts (“Montuenga” era) and strong post-hardcore songs woth screamo vocals (“6 Songs” era) always with original and franch lyrics. It’s very hard to describe AUSSITOT MORT music with standard labels, finally the only thing we can say is their music is truly personal and honest !