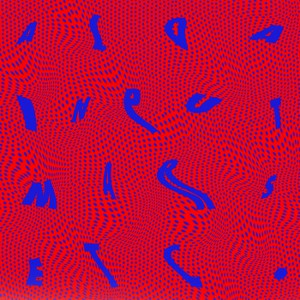 Second Album from the bavarian band.

Fortunately, three guys hailing from New Weird Bavaria are on a musical mission to fight the ever-advancing forces of entropy and monotony: Calling themselves Aloa Input for a reason – it’s also the band’s collective motto –, Cico Beck (aka Joasihno), Marcus Grassl (formerly part of Missent To Denmark) and Florian Kreier (aka Angela Aux) obviously love all kinds of inputs.

Drawing from a long list of influences all three members agree upon (e.g. Animal Collective, Eno, Beck, Beatles, Morricone, Why?, Can, The Notwist), Aloa Input are well aware of the album’s world-spanning approach, mentioning “guitars from Cape Town to Portland, beats from Berlin to Chicago, and vocals from NYC to Düsseldorf”.