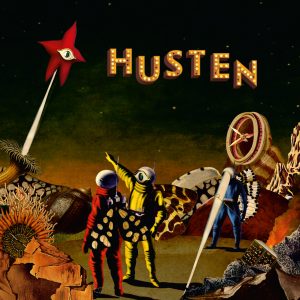 Kutter 036 – Husten 12″ (Release date: 19.05.2017)
If you never heard the story: the main reason why we founded Kapitän Platte was the split 7″ of Gisbert zu Knyphausen with Lichter (last copies are still available in our store). The first idea came up in 2009 but it was delayed until 2011 so we started with EF in 2010. Now we are very happy to work with Gisbert again because he asked us to release his brand new side-project HUSTEN that also features producer Moses Schneider (Tocotronic, Beatsteaks). And here it is, a 12″ EP with five songs of 60ies influenced indie rock.
The EP is one-sided pressed, comes in a beautiful fold-out-sleeve and a screenprint on the b-side. Of course a download-code is included and it’s numbered as usual.
It’s limited to 500 copies and the first 100 will have a screenprint in a different colour.

Kutter 037 – Nihiling – Batteri 2LP / CD (Release-date: 05.05.2017)
Batteri is the 4th album from Hamburg based Nihiling. It is an album that reveals two contrasting sides of the band, just like the electrical poles of a battery: The first four tracks offer an intriguing combination of post-rock and indie-pop songs, with guitar sounds remniscent of bands like The XX and Foals and the songwriting of EF and Immanu El.
The other four songs are more straight post-rock oriented, long instrumentals but offering a lot of rhythm. Influences range from Explosions In The Sky to This Will Destroy You, like on the song Idiot. Both album parts combined create an integral whole that is Batteri – Nihiling’s most refined album to date.
The double-vinyl comes in a gatefold-sleeve incl. download-code. It’s limited to 300 copies and the first 100 are on white vinyl.
The CD version also comes in a gatefold-sleeve.

Both records are now available for pre-order and check out out bundle with both vinyls for a special price. Just click here. 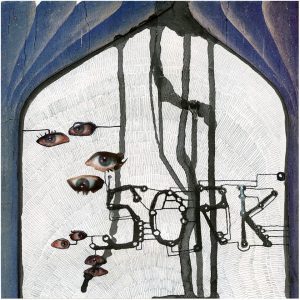 And if you were wondering what has happened to SORK we are glad to tell you that there are two new related releases. First one is a 7″ single with two brand new tunes out on swedish label De:Nihil records and the other one is a solo-LP of front-woman MAG released on her own label Surplus Recordings.

Of course you can grab both in our shop.

And last but not least, we traded a lot in the last weeks with other labels. Means on the one hand you will find a lot of new records in our shop and on the other hand we need some space in our warehouse so we reduced the prices of  a lot of stuff. So there’s a big update in our Cheapo section where you can grab a lot of stuff for very low prices. Just look here.