Ahoi out there,
while Monophona is working on the third album we will shorten the wait with two new releases.
Release date will be October 21st, pre-order is up now.
And we will celebrate these releases with a record release party on October, 29 at the Falkendom – Bielefeld.

The debut album, orriginally released in 2012 on CD only.
We thought it’s time to rerelease it on vinyl.
Musically in the same vein as the follow up Black on Black. Means finest indie-trip-hop in the vein of Portishead, Tricky and Björk.
3-sided pressed double-LP, limited to 300 copies, the first 100 will have a screen-print on the D-side.
Incl. inlet and download-code.
Take a listen to one of the songs 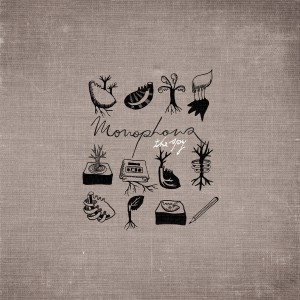 The 5th part of our coverversion-single-series.
Monophona presents us it’s versions of Johnny Cash’s Folsom Prison Blues and Morrissey’s Every Day Is Like Sunday.
Limited to 500 copies with a silk-screen-printed cover you can open fanshaped.
First 100 on colored vinyl.
Incl. download-code.
Take a listen to the Johnny Cash version: 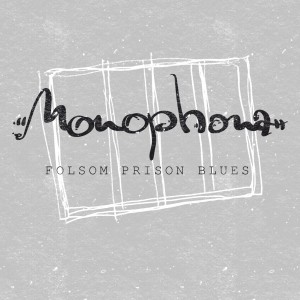 And we need to get some space in our warehouse, so you will get 20% discount on any order until end of October. This will include all items in our shop except the both pre-orders.
Just open the coupon-field at the checkout in our shop and enter 20less