Our newest signing LINGUA NADA. Formerly unknown as Goodbye Ally Airships, LINGUA NADA is a four piece from Leipzig, Germany. Decribed as loud, noisy, emo and complex, LINGUA NADA abuses pedals and effects to alienate thousands of sounds to create an electric mix between garage, mathrock, shoegaze, post­hardcore and pop which somehow glues together when played at insane volume with a wild stage presence. Imagine 90ies Indie Rock from bands like Weezer, Pavement or Built To Spill tortured with todays Noise-Rock without losing the pop-appeal.

On the b-side PAAN, also from Leipzig. Not really Screamo, but they prefer screaming to singing! Achim, Bit, Chris and Polli play against the standard with sometimes very melodical and more often with a detailed chaos. They stopped defiantly between Barcelona and Hamburg. That’s PAAN! Listen, see and feel it.

This record is co-release with LaLa Schallplatten, the label on that PAAN normally releases it’s records.
And each label has a total unique cover art for this release.

The Kapitän Platte version is limited to 250 copies and the first 100 copies will contain a flamingo.

The LaLa version is limited to 150 copies.

We have both versions available and a special bundle for those who like to have both. 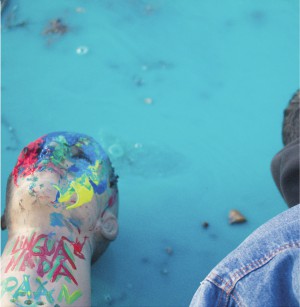 And we received a lot of requests if the legendary Kapitän Platte hoodie will be in stock again.

As the production costs are very high we decided to start a pre-order to know how much we have to print.

This pre-order will run until March 16th, so you’ll have three weeks to decide which one you want to have.

So visit our shop and grab all the stuff you need. 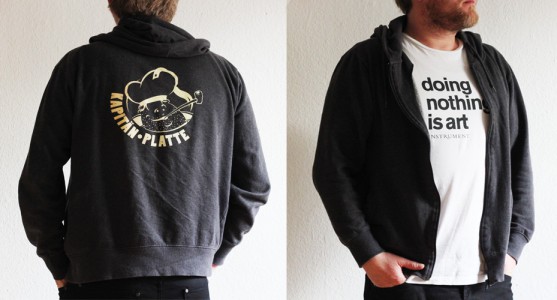